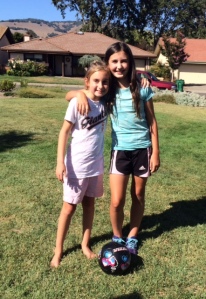 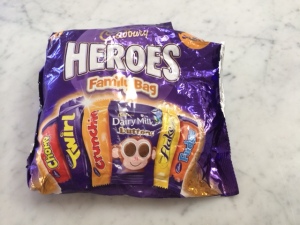 The picture on the left is of me and Kayla.  Kayla is 11 years old, has a cat, has a younger brother, lives near me, and is still here and smiling because she her life was saved at St. Jude Children’s Research Hospital.  Kayla was diagnosed with a certain form of brain cancer back in 2011 when she was 7 1/2.  She continues to go back to St. Jude for checkups every six months, and after five years she will be declared officially in remission.  That will be on December 17, 2016, and I hope to be there for a HUGE party!  Kayla watched me juggle yesterday, and she is the world’s greatest cheerleader!  Her parents want people to know that St. Jude is filled with “hope and spirit,” which is why it is so life-saving.  They also want people to know that pediatric cancer is the leading cause of death in children, and it is St. Jude’s mission to change that, so PLEASE DONATE TODAY if you can spare any dollar amount at all.  Do it in honor of Kayla, her amazing grit, her sweet smile, and her awesome attitude!

If that doesn’t get you to donate, how about this?

The picture on the right is of a bag of chocolates from Ireland called Heroes.  This was sent to me by someone whose own son died of brain cancer a few months ago. Even though she is so sad and misses her son so much, she donated money to Juggling for Jude to help save other children with cancer.  She sent me a beautiful note and these amazing chocolates, because she thinks I’m a bit of a hero. I can’t even believe how nice that is.

I’m almost done with my daily juggling for the summer, with school starting and my soccer season under way. But we have some events planned in September, and I know the donations will keep coming in.

THANK YOU FOR YOUR SUPPORT!

BUY A BALL AND HELP SAVE A LIFE!